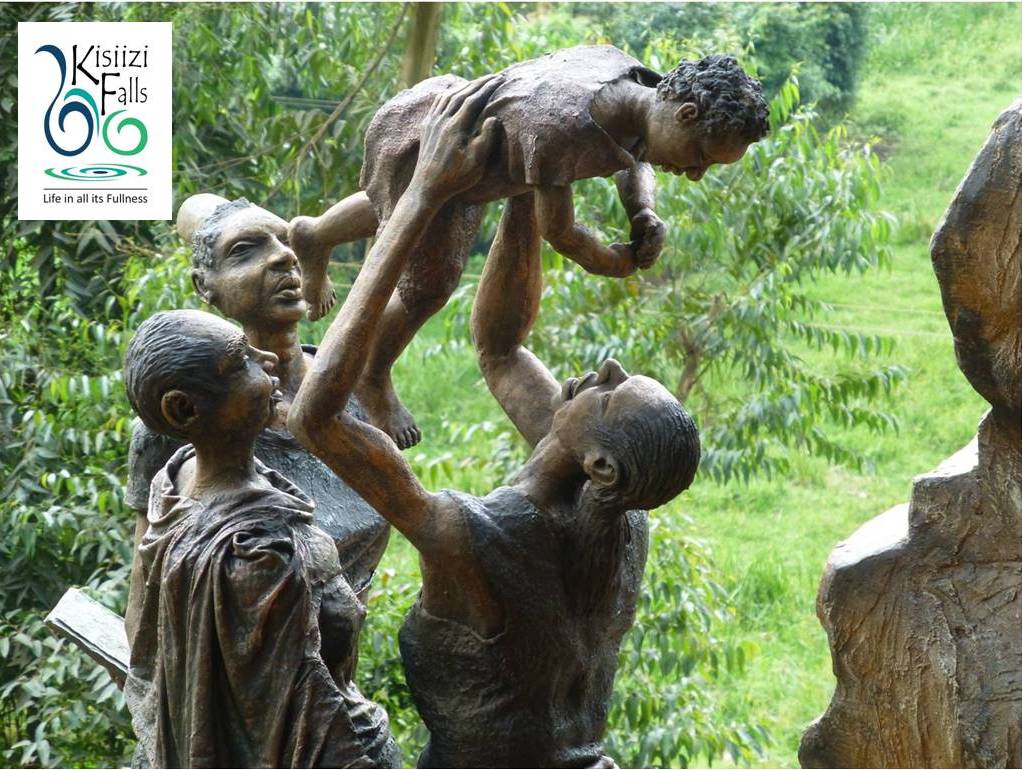 The magnificent Kisiizi Falls Monument is unique and an extraordinary work of art.  People of all ages have gazed at it and been amazed at its dramatic portrayal of the transformation that has taken place in Kisiizi, from being a place of death and despair in history to 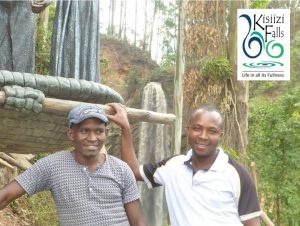 The talented Bakiga artists, Robert & Martin, who constructed the Monument

a place of healing and hope today.

For, in years gone by, unmarried girls who became pregnant would be brought before a type of court of their clan and, if found guilty, would be thrown from the top of Kisiizi Falls to their deaths.  They would usually be pushed over the edge by their brother as he would have been most affected by their pregnancy as they would no longer bring in the bride price that he was relying on to arrange for his own marriage.

It is said the practice ended when one of the girls pulled the brother over with her.  We are not sure when this happened but it appears to be around the 1920’s.

Some visitors guess that the Monument is constructed from bronze but in fact it is concrete!  The figures were shaped from wire mesh then a hidden skeleton of metal rods was welded in place to give the structure and shape and then concrete cast to produce the naked bodies that were then clothed using fibre-glass and concrete.  Even the apparently wooden poles of the engozi stretcher are concrete! 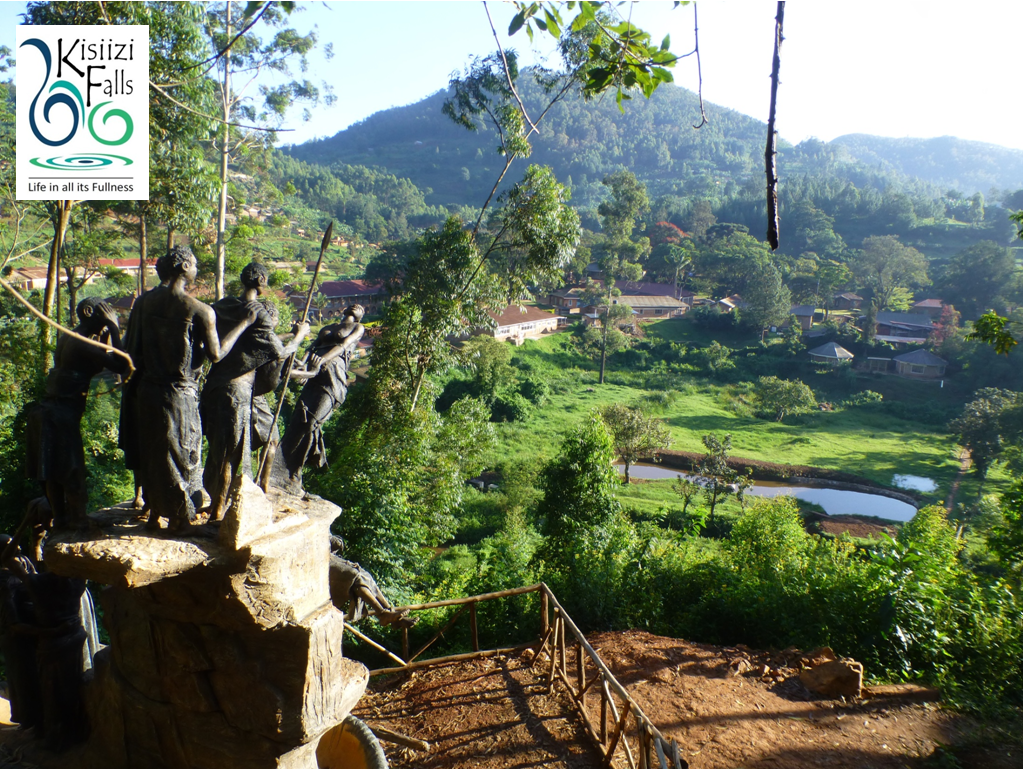 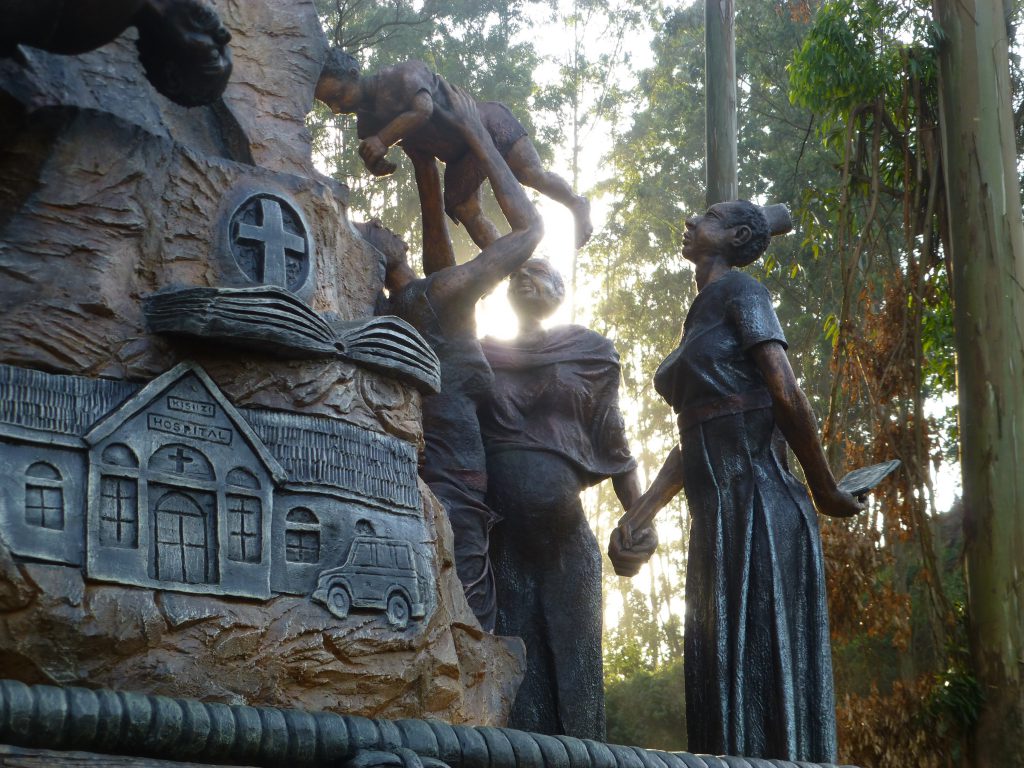